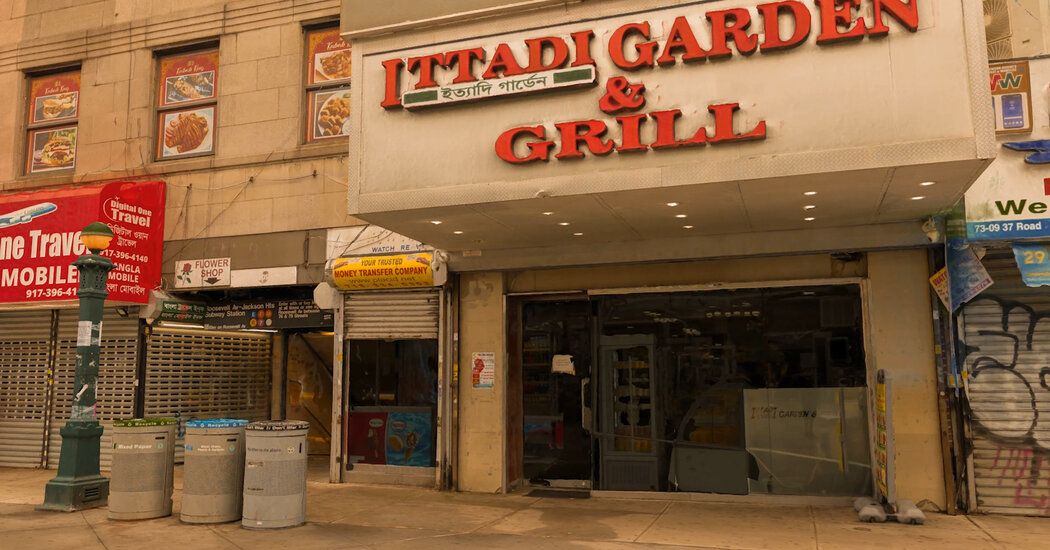 With a population of around 180,000 people speaking some 167 languages, or so locals like to point out, Jackson Heights in north-central Queens, though barely half the size of Central Park, is the most culturally diverse neighborhood in New York, if not on the planet. The brainchild of commercial real estate developers in the early years of the last century who hoped to entice white, middle-class Manhattanites seeking a suburban lifestyle a short subway ride away, Jackson Heights has become a magnet for Latinos, those who identify as L.G.B.T.Q., South Asians and just about everybody else seeking a foothold in the city and a slice of the American pie.

Suketu Mehta is a New York University professor and the author of “Maximum City: Bombay Lost and Found” and “This Land Is Our Land: An Immigrant’s Manifesto.” What follows is the latest