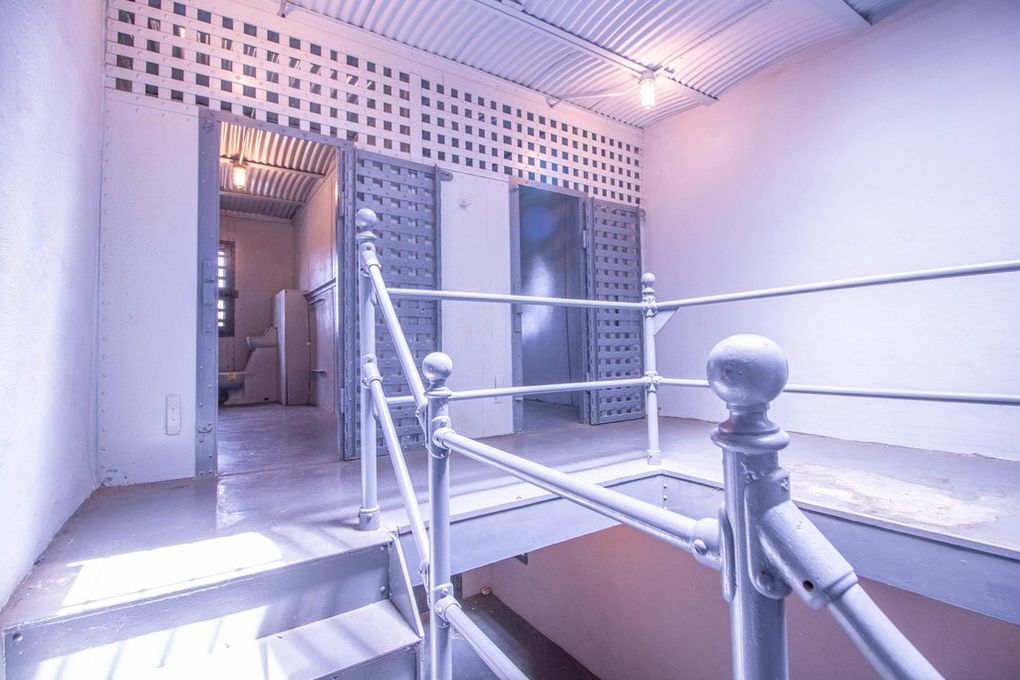 There’s a unique listing for sale in the city of Fayette, Missouri that might appeal to would-be kidnappers or those with a taste for something unusual.

It comes in the form of a two-bedroom, two bath, former sheriff’s home that comes with nine jail cells in its basement!

The unique listing has gone viral, with photos showing a newly renovated home with a heavy door in the otherwise modern-looking kitchen that leads downstairs to the basement. That’s where you’ll find the lower-level jail.

The listing states that the home was built in 1875 and served as both the local sheriff’s house and the city jail. The cells have been left more or less untouched, though the upper levels of the home have undergone “extensive renovation”.

News outlets including USA Today and TMZ have all reported on the listing, and there are numerous discussions about it on Twitter and other social media platforms.

The listing ad notes all of the upgrades in the Victorian-era home, including some modern, high-end finishes. However, the most unique feature is of course the 2,500 square foot prison underneath, which comprises nine cells, a booking room and half bath.

As unique as the home is, the Howard County Sheriff’s Office says it was normal during the 1880s for a sheriff and his family to live in a home where the jail was located.

“The jail residence was occupied throughout most of the years but, eventually those who held office chose not to live there,” the office stated.

USA Today adds that the jail is listed on the National Register of Historic Places.

The owner is asking for $350,000, but given its unique feature, it could well fetch quite a bit more than that.