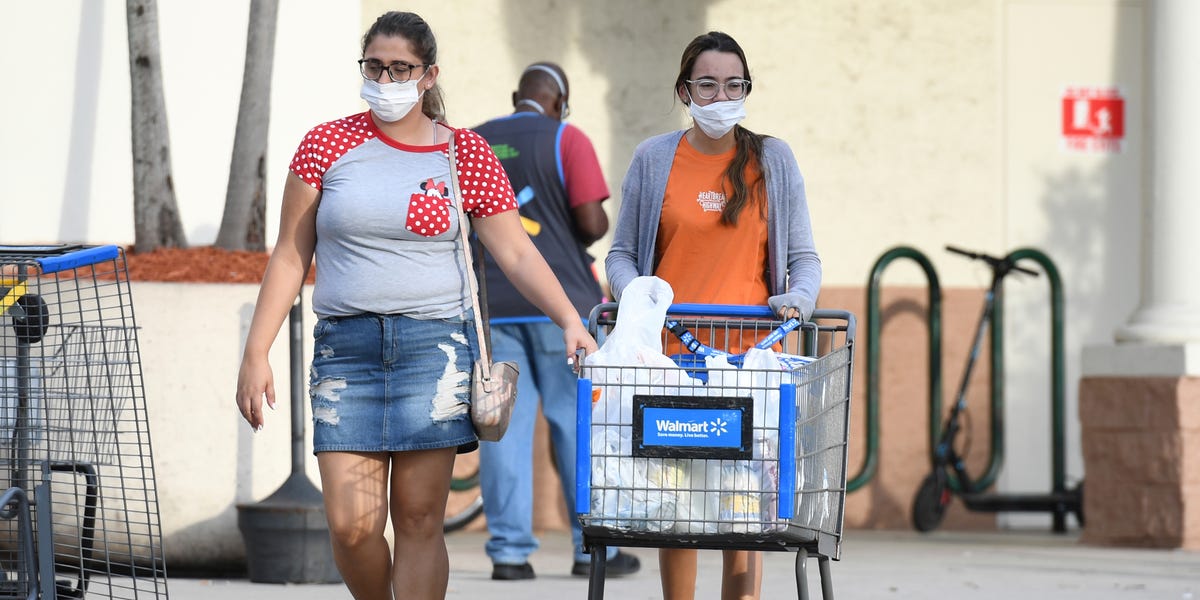 “If you’re not buying food or medicine or other essential items, you should not be going to the store,” Whitmer said Thursday of the new order.

With the order, Michigan joins Vermont and a number of local governments that have taken similar measures, prompting stores to rope off aisles and bar certain purchases.

The order suggests that stores close these sections by “placing signs in aisles, posting prominent signs, removing goods from shelves,” or using other means.

These stores must also stop the advertising or promotion of goods by April 13 that are not “groceries, medical supplies, or items that are necessary to maintain the safety, sanitation, and basic operation of residences,” the order states.

The order additionally limits the number of customers allowed in large stores to four people per 1,000 square feet.

“The amount of customer floor space must be calculated to exclude store areas that are closed,” the order states.

Michigan is further requiring all stores to dedicate at least two hours per week of shopping time for vulnerable populations, which includes people over 60 years old, pregnant women, and those with chronic conditions like heart disease, diabetes, and lung disease.

The order will remain in effect until May 1.