In Brexit Britain, there may no longer be too many cooks in the kitchen 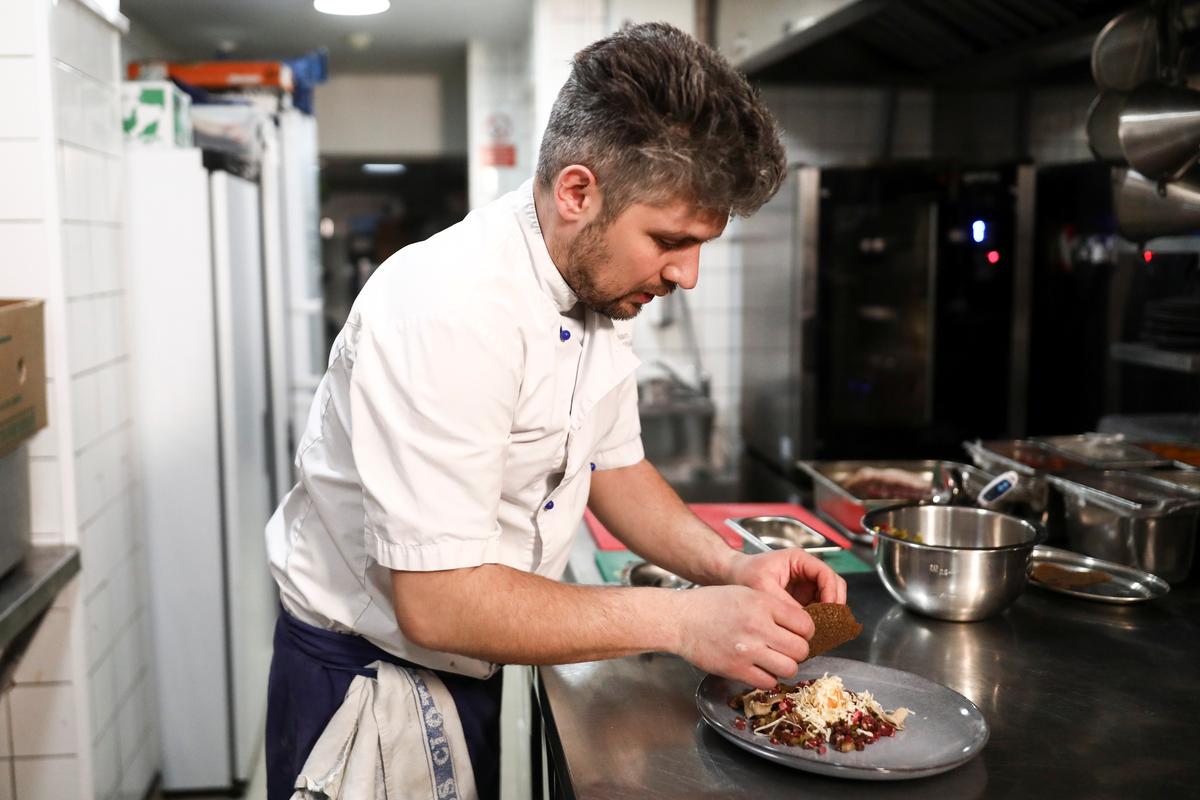 PETERBOROUGH, England (Reuters) – Before dinnertime at Damian Wawrzyniak’s restaurant, he is busy preparing an elaborate array of dishes – slow cooked lamb with fermented broccoli inspired by his time cooking at the world-famous Noma restaurant and Polish sausages from his homeland.

Wawrzyniak came to Britain 16 years ago before gaining renown working as the head chef at the London Olympics and cooking for members of the royal family.

But these days he spends his time worrying about finding enough trained staff for his restaurant and another business he wants to open this year.

The 40-year-old said he will have to raise prices in his restaurant by about 20% if he has to pay his waiters and junior chefs the minimum salary set by the government to bring European Union nationals to Britain to work from next year.

Wawrzyniak said about 70% of his staff come from the EU and he has yet to receive a single application for a chef position he advertised last month. “I can’t find enough staff at the moment and if these costs have to be passed on then prices will rise dramatically,” Wawrzyniak said. “The biggest problem will be finding the people to work here. Without people, this business doesn’t exist.”

British Prime Minister Boris Johnson’s government recently outlined plans to close the borders to unskilled workers, ending the era of cheap labor from the EU in restaurants, hotels and factories.Under new post-Brexit rules starting next year, migrants will have to meet a number of criteria to qualify for a work visa, including specific skills. Applicants will be required to receive a job offer with a salary of at least 25,600 pounds ($32,680) and an ability to speak English.

Business owners say this will make it harder to recruit staff at a time when economists say the country is near full employment. They say fewer immigrants will lead to higher prices, lower profits, and force businesses to close.

EU citizens make up about a quarter of the 3 million workers in Britain’s hospitality industry, the country’s fourth-biggest employer, according to a KPMG report. In London, about 75% of waiting staff and 25% of chefs are from the EU.

Concern over the impact of high levels of immigration from the European Union was one of the key drivers behind Britain’s 2016 vote to leave the bloc.

Since the Brexit vote, annual immigration from within continental Europe has fallen by more than half.

Supporters of tougher immigration rules say the large pool of EU workers, particularly after the accession of several former communist states in central and eastern Europe in 2004, meant British workers’ earnings have stagnated.

A spokeswoman for the Home Office said the government was responding to voters’ demands for stricter immigration rules and companies will need to ensure British workers have the relevant skills for the job market.

“Employers will need to join our mission to level-up skills and economic growth across the whole UK so that we deliver a high-skill, high-wage and highly productive economy,” she said.

Business owners who rely on low-skilled labor, however, say the real trouble is too few immigrants, not too many.

Wawrzyniak said staff shortages mean he can only open his restaurant for five days, rather than seven, and during the evenings on weekdays.

He complains each morning he has to be at work at 6:00 GMT to make fresh bread because he is unable to find a qualified baker to do the work. “I can’t find chefs. I am here all the time,” he said.

Kate Nicholls, chief executive of the UKHospitality trade association, said the biggest changes to Britain’s immigration rules in decades would make it harder to employ people for lower-skilled jobs such as waitresses and kitchen workers.

“You will not see new sites or restaurants opening, and more will reduce their hours or not open for breakfast or in the evening,” she said.

Mark Jones, the chief executive of Carluccio’s which runs a chain of Italian restaurants, said he is “hugely disappointed” by the proposed immigration changes. However, he said the plans are manageable over time.

Jones said more than two-thirds of his employees currently come from the EU, with the rest mainly from Britain. He predicts within a decade that ratio will have flipped.

He says his business will have to work harder to retain his existing staff and is skeptical there are enough Britons to fill the gap created by fewer EU employees.

Jones predicts one in 10 restaurants in Britain may have to close because of the changes, which will increase costs at a time when restaurants are already being challenged by online food delivery groups.

“I have given a lot of thought and I am still struggling to find the silver bullet to hiring more British people,” he said.

But he said the most disappointing thing was that he will no longer have such a large multinational workforce, which is popular with many customers.

“It will be sad for me that if I can’t employ Italian people to work in a Italian restaurant,” he said.