Oakwood puts two show homes on the market; each with views 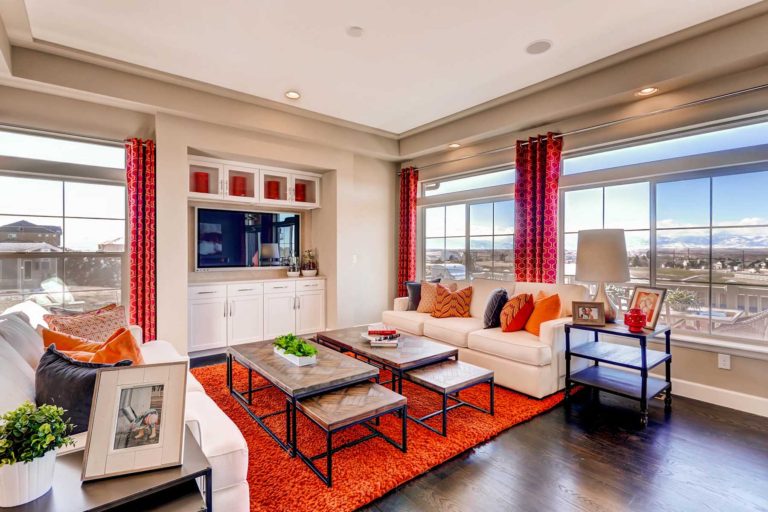 Nobody could have guessed when Oakwood Homes launched its master-planned Erie Highlands neighborhood overlooking the town of Erie, that six buyers would spend more than $1 million to be there before its final homes were sold.

All of those sales were relatively recent — as Oakwood now moves to close out the community, putting its two designer show homes on the market; each of them with views of the Indian Peaks, and each with finished walkout basement space that greatly enhances their experience.

All of the factors that turned Erie Highlands into such a popular area over the past few years are playing into those final opportunities, says Ryan Delp, Regional Sales Manager for Oakwood. “Everyone wants to be in Erie now,” he adds.

Reasons why include the commuter setting — 25 minutes from downtown Denver; 20 minutes from Boulder’s tech campuses, from where even at the prices Oakwood’s designs have hit recently, they look like dollar values just in their size and features.

And then there is Erie’s own dining scene in its historic downtown, a mile north; a nice pool and clubhouse (it’s reopened now, and you can arrange a socially distanced tour); trails and parks including a new one being completed now; and the great school scene here.

Oakwood is staging special open houses for the two show homes, today and tomorrow, 11-to-1, including for a 5-bedroom Saint Regis ranch design at 68 Pear Lake Court, with four baths, a 3-car ‘smart garage,’ a custom deck overlooking the view, and over 4,700 square feet of finished area, including on the walkout.

You’ll also tour a family-sized Broadmoor 2-story plan, six bedrooms and four baths, over 4,300 finished square feet including a spectacular master with ‘car wash’ shower, plus a covered deck and 3-car garage. It was to be listed at $1,155,000 but has been reduced to $1,035,000 for the closeout.

Delp notes that Erie Highlands has hit those high prices because of a lower density feel than some other new communities show.  That’s also fueled a strong resale market in the neighborhood.

Both homes will benefit from Oakwood’s early adoption of fiber-optic wiring technology for Erie Highlands.

The news and editorial staffs of The Denver Post had no role in this post’s preparation.